It is not generally known that Quantum Field Theory offers a simple answer to the “measurement problem” that was discussed on the September letters page of Physics Today.  But by QFT I don’t mean Feynman’s particle-based theory; I mean Schwinger’s QFT in which “there are no particles, there are only fields”.1 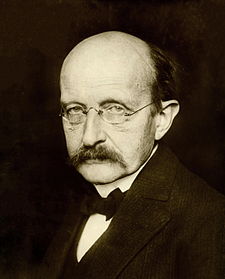 The fields exist in the form of quanta, i.e., chunks or units of field, as Planck envisioned over a hundred years ago. Field quanta evolve in a deterministic way specified by the field equations of QFT, except when a quantum suddenly deposits some or all of its energy or momentum into an absorbing atom. This is called “quantum collapse” and it is not described by the field equations. In fact there is no theory that describes it. All we know is that the probability of it happening depends on the field strength at ​a given position. Or, if it is an internal collapse, like a change in angular momentum, ​the probability depends on the component of angular momentum in the given direction. In QFT this collapse is a physical event, not a mere change in probabilities as in Quantum Mechanics.

Many physicists are bothered by the non-locality of quantum collapse in which a spread-out field (or even two correlated quanta) suddenly disappears or changes its internal state. Yet non-locality is necessary if quanta are to act as a unit, and it has been experimentally proven. It does not lead to inconsistencies or paradoxes. It may not be what we expected, but just as we accepted that the earth is round, that the earth orbits the sun, that matter is made of atoms, we should be able to accept that quanta can collapse.

​In some cases quantum collapse can lead to a macroscopic change or “measurement”. However the measurement outcome, i.e., the “decision”, was determined at the quantum level. Everything after the collapse follows inevitably. There is no “superposition” or “environment-driven process of decoherence.”​​

Take Schrödinger’s cat as an example. If a radiated quantum collapses and deposits its energy into one or more atoms of the Geiger counter, that initiates a Townsend discharge that leads inexorably to the death of the cat. In Schrödinger’s words, “the counter tube discharges and through a relay releases a hammer which shatters a small flask of hydrocyanic acid” and the cat dies.  On the other hand, if it doesn’t collapse in the Geiger counter then the cat lives.

Of course we don’t know the result until we look, but we never know anything until we look, whether it’s tossing dice or choosing a sock blindfolded. The fate of the cat was determined at the time of quantum collapse, just as the outcome of tossing dice is determined when they hit the table and the color of the sock is determined when it is pulled out of the drawer.  After the quantum collapse there is no entanglement, no superposition, no decoherence, only ignorance. What could be simpler?

In addition to offering a simple solution to the measurement problem, Quantum Field Theory provides an understandable explanation for the paradoxes of Relativity (Lorentz contraction, time dilation, etc.) and Quantum Mechanics (wave-particle duality, etc.).  It is unfortunate that so few physicists have accepted QFT in the Schwinger sense.

Rodney Brooks (​author of Fields of  Color: The theory that escaped Einstein)