When do Fields Collapse

24 Sep When do Fields Collapse 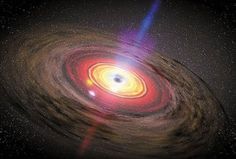 A major question in physics today is about collapse of the “wave-function”: When does it occur? There have been many speculations (see, e.g., Ghirardi–Rimini–Weber theory, Penrose Interpretation, Physics forum) and experiments (e.g., “Towards quantum superposition of a mirror”) about this. The most extreme view is the belief that Schrödinger’s cat is both alive and dead, even though Schrödinger proposed this thought-experiment (like Einstein’s less-well-known bomb experiment) to show how ridiculous such an idea is.

The problem arises because Quantum Mechanics can only calculate probabilities until an observation takes place. However Quantum Field Theory, which deals in real field intensities – not probabilities, provides a simple unequivocal answer. Unfortunately, Quantum Field Theory in its true sense of “there are no particles, there are only fields” (Art Hobson, Am. J. Phys. 81, 2013) is ignored or misunderstood by most physicists. In QFT the “state” of a system is described by the field intensities (technically, their expectation value) at every point. These fields are real properties of space that behave deterministically according to the field equations – with one exception.

The exception is field collapse, but in Quantum Field Theory this is a very different thing from “collapse of the wave function” in QM. It is a physical event, not a change in probabilities. It occurs when a quantum of field, no matter how spread-out it may be, suddenly deposits its energy into a single atom and disappears. (There are also other types of collapse, such as scattering, coupled collapse, internal change, etc.) Field collapse is not described by the field equations – it is a separate event, but just because we don’t have a theory for it doesn’t mean it can’t happen. The fact that it is non-local bothers some physicists, but this non-locality has been proven in many experiments, and it does not lead to any inconsistencies or paradoxes.

So when field collapse occurs, the final “decision” – the point of no return – is reached. This is QFT’s answer to when does collapse occur: when a quantum of field colapses. In the case of Schrödinger’s cat, this is when the radiated quantum (perhaps an electron) is captured by an atom in the Geiger counter.

Before a field quantum finally collapses, it may have interacted or entangled with many other atoms along the way. These interactions are described (deterministically) by the field equations. However the quantum cannot have collapsed into any of those atoms, because collapse can happen only once, so whatever you call it – interaction, entanglement, perturbation, or just “diddling” – these preliminary interactions are reversible and do not lead to macroscopic changes. Then, when the final collapse occurs, those atoms become “undiddled” and return to their unperturbed state.

To sum up, in QFT the “decision” is made when a quantum of field deposits all its energy into an absorbing atom. Besides answering this question, QFT also explains why time dilates in Special Relativity and resolves the wave-particle duality question of Quantum Mechanics. One can only wonder why this theory hasn’t been embraced and made the basis for our understanding of nature. I believe it’s time for physicists to WAKE UP AND SMELL THE QUANTUM FIELDS.